Through our variety of courses, delivery methods, and experienced staff, we are able to offer each and every student a comprehensive real estate education.

What other schools will not tell you is that your license guarantees you nothing. In order to set yourself up for success and to truly understand everything it takes to navigate through the world of real estate, it’s important to have not only a technical education (your license) but also a business and financial education.

It is with this comprehensive education that you will truly be prepared to represent buyers and sellers, negotiating best terms for your clients, and building your real estate business so you can spend more time working on growing your business than actually performing the day-to-day operational tasks.

Why is TREBS Salado Different?

Our students tell us we are unique for a variety of important reasons including: 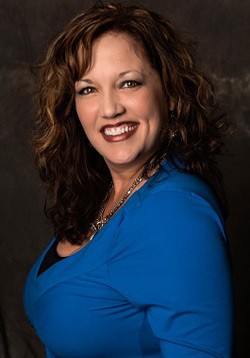 Myka Allen-Johnson started her real estate career in Dallas, Texas almost two decades ago.  Feeling that God truly led her to the field of Real Estate, she jumped in with both feet after ending her high school teaching and coaching career. With no paycheck on the horizon, she was determined to be a successful REALTOR®.  In her first month, she quickly became the top office Listing Agent focusing on For Sale By Owners and getting her sign in their yards by going door to door.  Many valuable lessons were learned in that first year as doors were slammed in her face but as the right doors were opened.  One thing she realized that completely changed her outlook on Real Estate was that she received no training after she got her license and she had just changed professions and knew nothing except for the basics on the Real Estate Exam.  She asked herself, “How do I get clients?  What do I say when they call?  How do I write a contract?  How does a listing work?  What am I allowed to do?”  She immediately realized that training was completely lacking in her new real estate world.

After racking up listing accolades as a brand new agent, Myka moved to the Austin, Texas area and became a New Home Sales Consultant with a Fortune 500 National Builder.  There she won many sales awards and it wasn’t long before she was plucked from sales and asked to be a National Sales Trainer.  She began traveling the nation helping to train their over 2000 agent strong sales force.  She was groomed and trained by the best in the industry.  She began writing her own sales guides and courses at this time that are currently Professional Development Courses at The Real Estate Business School of Salado.

After a successful stint as National Sales Trainer, she was asked by a consulting firm out of Atlanta, Georgia, to come on board and consult and train with all types of sales teams across the nation.  Using her background in training and her belief in a relationship selling approach, she helped companies from the east coast to the west coast hire, fire and train their sales team to make amazing quantifiable boosts in sales and build their bottom line while building the knowledge of their sales team.  She continued to write courses and guides to selling.

She went back to general real estate sales after the birth of her daughter, but had an idea brewing in her head about the company she wanted to build.  She built and co-owned a brokerage based on sales training with a business partner whom she values to this day.  She co-built a brokerage in Central Texas that quickly became the top producing non-national brand brokerage in the area.   During this time, she wrote a real estate book that was published to much critical acclaim.  After 5 years of success as a brokerage owner with a major focus on training their sales agents, she felt again that God was calling her to do something different.  She sold her half of the company and began to write more courses and feel the creativity pour out of her.

If you are not learning, you are not moving forward in your career.  Myka loves what she does.  She loves every day that she gets to see REALTOR® faces in her classroom light up with confidence and leave with the real world knowledge that she was never given and had to find out the hard way.  She loves seeing the success that each agent finds after taking her courses and loves the lifelong relationships and friendships she is building.  Happiness is watching others succeed by applying their knowledge learned.

Owner of Dawn Lavka Realty
Dawn Lavka is a Native Texan born into a military family and had the opportunity to live and go to school in foreign lands. She has earned a Bachelor of Science in Microbiology and Masters of Business Administration (MBA) with a Finance emphasis.

Dawn spent many years in the medical device and pharmaceutical fields prior to starting in real estate over a decade ago.

Dawn lives with her husband of 27 years in Austin and they have one grown son that is working on his Master’s Degree at Texas State University.

“It is our belief that the more successful we can make our students, the more successful we will be. As agents become productive and successful in building their business, they honor us with their patronage and come back to us for their renewal, continuing education, personal development and coaching courses. It’s truly a win-win situation.”